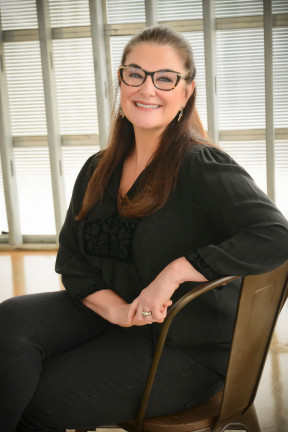 Jill is the CEO and owner of Catering Works, Inc. She graduated from Johnson & Wales University in 1987 with her Culinary Arts degree, and pursued further studies at The Culinary Institute of America in Food Styling and Healthy Cooking. Jill's recipes have won local and national awards. In January 2002, Jill was awarded $10,000 for the grand prize in the Bacardi Recipe Challenge, for her Tropico Napoleon.

She also she took first place in the Kikkoman-USA contest in December 2002, for her delicious Pork Chop with Cranberry Apple Compote recipe. Jill was also a finalist in Rich's Food Winning is Sweet competition for a decadent White Chocolate Banana Creme Tart. Jill has also appeared on the Food Networks' "Food Fight" as a locally recognized chef and judge.

In the US Foods Next Top Product competition, Jill was one of 3 finalists nationwide, for her signature recipe "Mini Baklava Cheesecake".

Jill joined Chef Richard Carter in Cooking for a Classic Chef Competition Series, in April 2017, taking the win against 7 other local chefs.

Jill has a passion for helping the local community through donations of food and service, including Interfaith Food Shuttle and many other charitable organizations.

Jill's passion for cooking started in her grandmother's kitchen. Grandma made everything from scratch, and Jill was fascinated with her Leg of Lamb and her homemade chocolate iced cookies.

She and her sister, Lorin Laxton, grew up in Fairport, New York, in a close family that remains so today. Jill's commitment to quality has rendered Catering Works as one of the top special event businesses in North Carolina. Jill was recognized in the YWCA Academy of Women, for the Business Entrepreneur category in 2003. Jill and Lorin formed an LLC in 2005 and FIGS Market became the highly sought-after retail outlet of Catering Works and purveyor of gourmet gadgetry and supplies. In her spare time, which there is very little of, she enjoys spending time with her family. 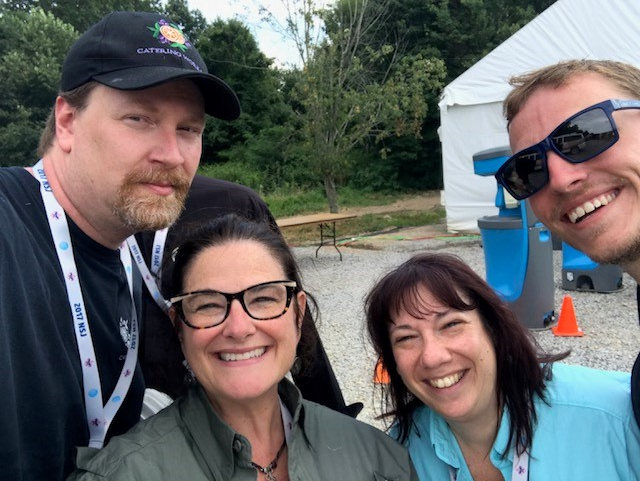 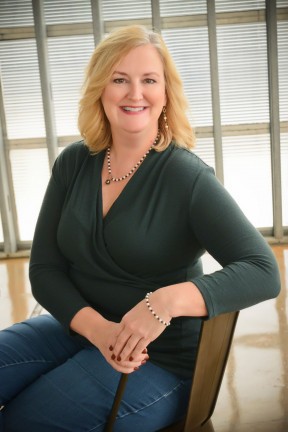 Lorin Laxton was born and raised in upstate New York. She attended Kent State University in Ohio and pursued studies in Journalism and Communications, and completed studies abroad in conjunction with her military service in the United States Navy. Lorin served in the USN for 7 years in the Cryptologic Maintenance rating, and received the Navy Achievement Medal for accomplishments in hardware and software technology. Lorin joined her sister Jill in Raleigh in 1992 and became co-owner of Catering Works in 1995. During her career at Catering Works Lorin developed CaterWorks© , a catering software program that plays a vital role in keeping everything systematic and organized. Lorin has performed a variety of functions at the company, from Accounting to General Management, Business Development to Wedding Sales, IT and everything in between. Currently she is the firm's Marketing Director. Lorin successfully completed the Master of Sommeliers Level One Course, and enjoys learning about and sharing wines of the world, as well as creating inspiring cocktail recipes for Catering Works. Lorin is committed to environmentally responsible practices and via a partnership with a local composting company has been responsible for diverting over 35,000 pounds from landfills. Lorin is the proud mother of Meredith Laxton, a graduate student at the Savannah College of Art & Design, who is pursuing her MFA in the field of Sequential Art. In her free time, she enjoys spending time with her friends and family, travel, photography, skiing and her dog Bodie. 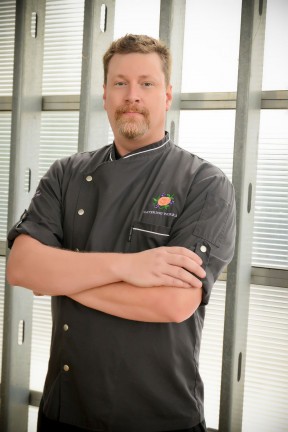 Rich was born in Binghamton, New York.  He began his culinary career working at several popular Italian restaurants in Binghamton and Upstate New York.  He was the Kitchen Manager for Rizzo’s Restaurant and was later promoted to Executive Chef. Rich supervised all food operations at Banchetti Catering, Café Banchetti and two Rizzo’s Restaurant before moving to Raleigh, NC.

Since joining the Catering Works team he has been able to expand his knowledge and express himself creatively. He was selected as a finalist in Maple Leaf Farms Duck Recipe contest in the professional chefs division and has competed in several cooking competitions including Fire in the Triangle and The Lucy Daniels Cooking for a Classic.  The Cooking for a Classic competition featured 16 local chefs putting their creative skills to the test and Rich had the honor of winning 1st place along with a restored 1969 Stingray Corvette.  He has also been featured on the cover of Taste Magazine and an episode of Three Hungry Guys.  Rich participated with the James Beard foundation with the Building A Better Burger Project that focused on working to develop a sustainable burger.  His passion and talent in the kitchen are the driving force behind many of the culinary endeavors at Catering Work.  He played a large role in creating a dining series called Culinary Adventures where the focus is contemporary high-end cuisine and wine from all parts of the world.

He focuses on quality local ingredients and has worked to develop   relationships with local vendors like Burch Farms, Carolina Mushroom, Big Oak Bee, La Farm Bakery, Norm’s Farm, Big Boss Brewery, Goat Lady Dairy, Topo and many other local companies.  Rich has made strides to reduce the carbon footprint that Catering Works makes by initiating a composting and recycling program that helped to create two small gardens at Catering Works that house herbs and vegetables that are incorporated into dishes when possible.  Rich also facilitated Catering Works participation in the Got To Be NC agriculture foundation.

Rich has taken time to hone his skills even more by replicating recipes from the talented Charley Trotters’ cookbook while developing a blog to illustrate the process.  He enjoys creating new recipes and surprising us with unique ingredient combinations.  While he isn’t in the kitchen he is enjoying music and the great outdoors with his family and friends and two boys, Peyton and Hudson. 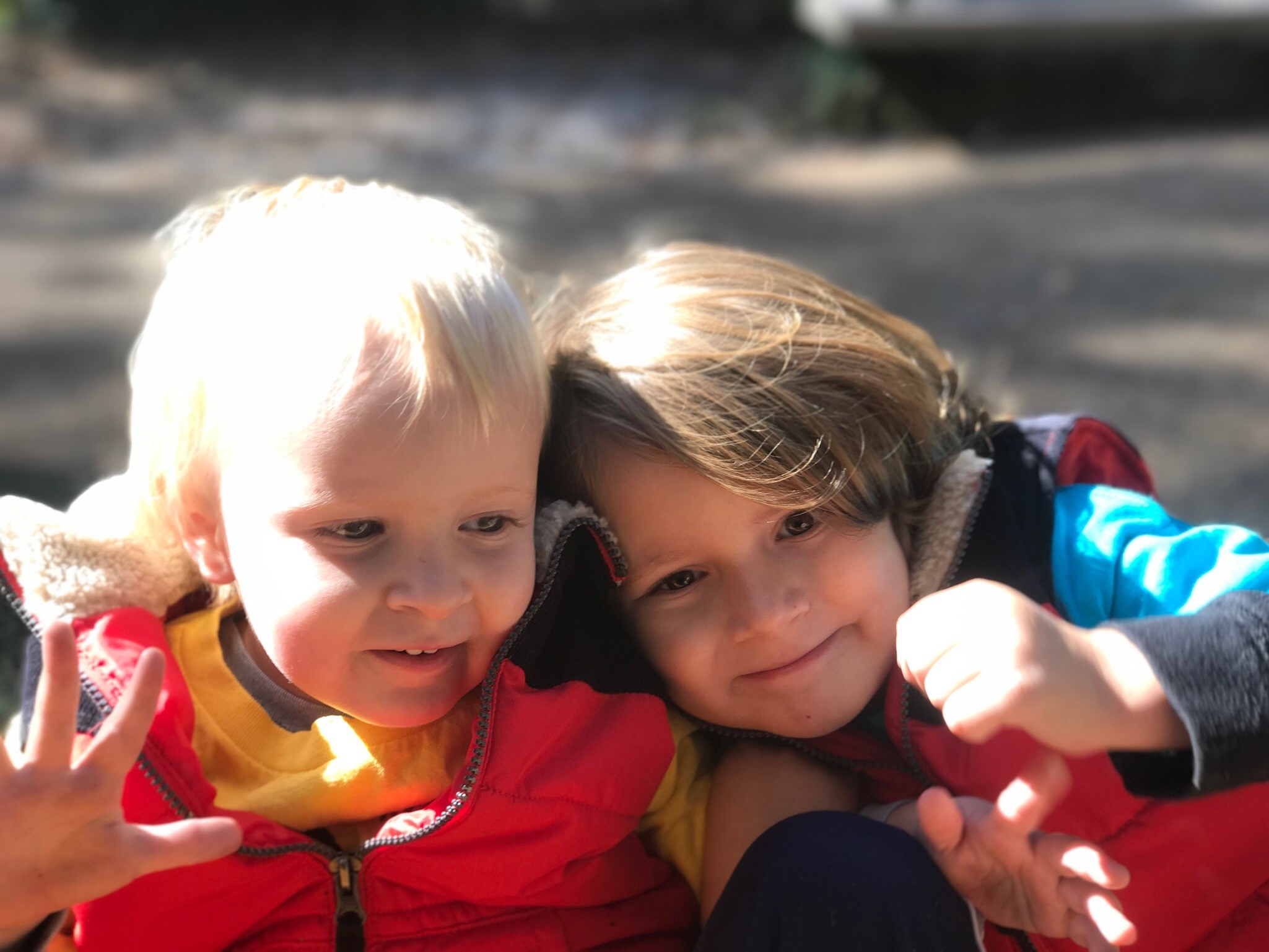 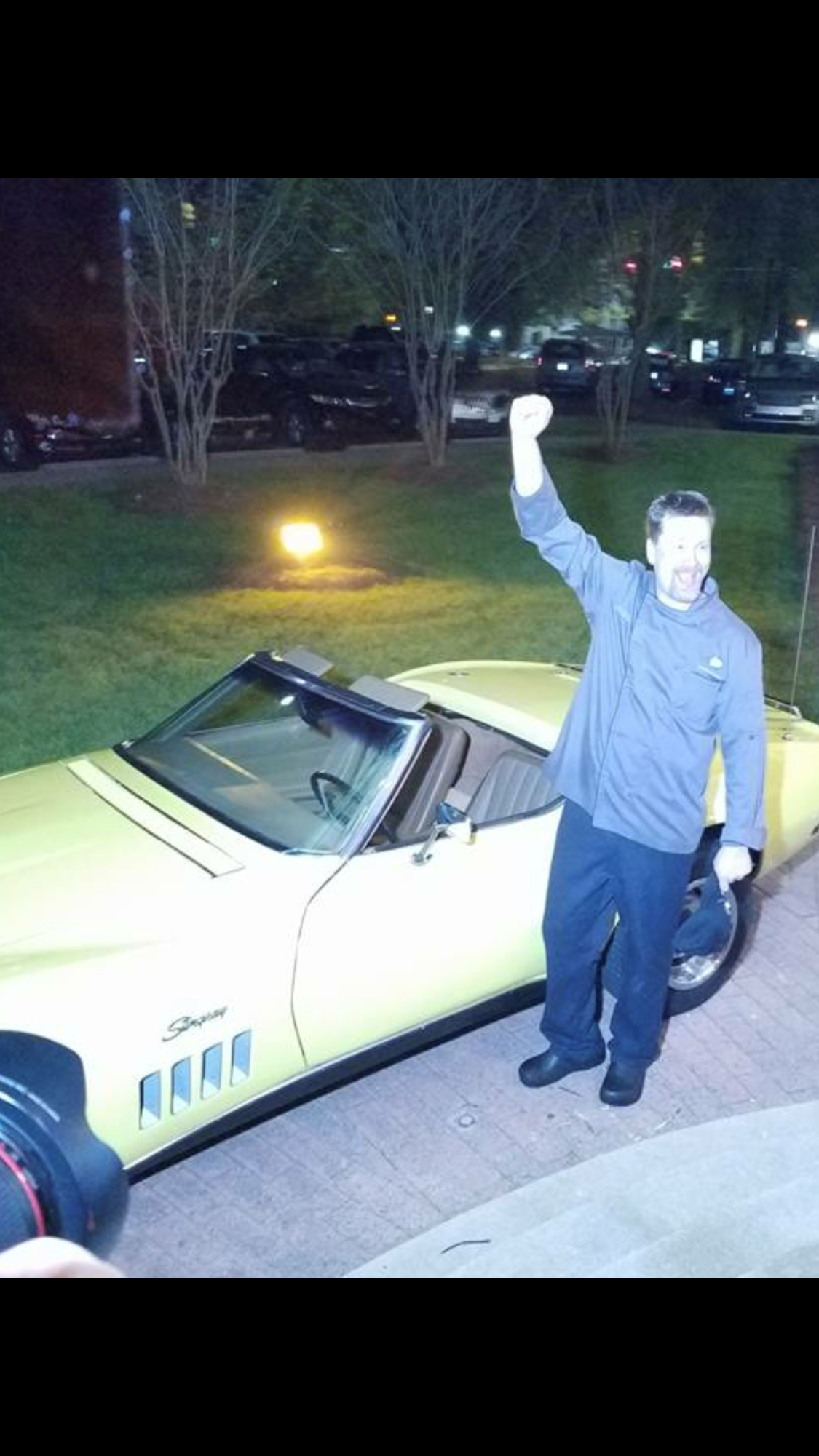